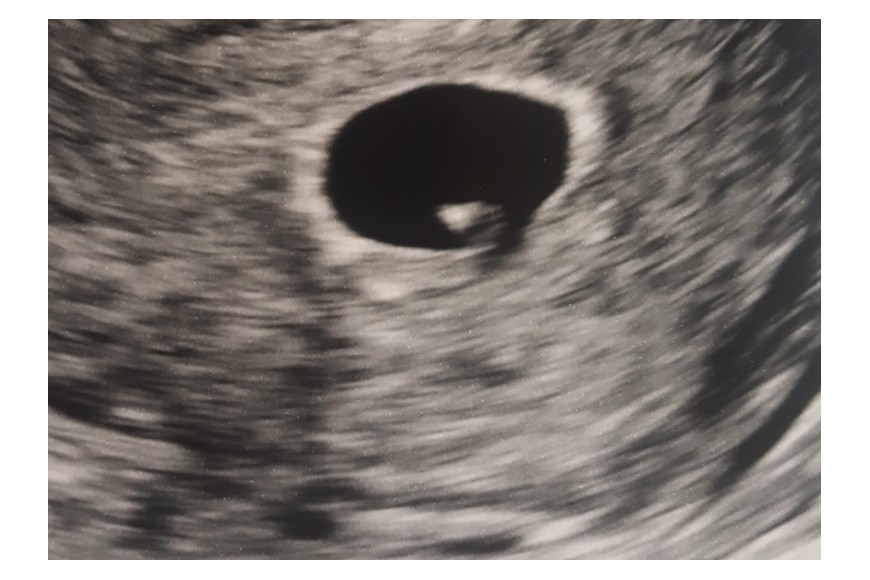 I received a text one day from my granddaughter. It was only a picture, the one I used for the blog pic for this article. As soon as I saw it I knew and said out loud “Oh My God”. My husband looked at me with that “What now?” face. The look on his face told me that he may already instinctively knew what I was about to tell him. His reaction was similar to my own. We were super surprised to find out we will be great-grandparents as we are still waiting to blessed with more grandchildren.

Shortly after receiving our delightful news, I received a Facebook invitation to her gender reveal party. Truth be told, at that time, I had never even heard of a gender reveal party. It took me all of three seconds to decide that I would make the 1200+ mile trip to get to this party. Nothing would stop me! When I let my husband know that I wanted to go, I think he knew I was informing him rather than asking him. His response was exactly the right one - He asked when I was leaving. He also knew that nothing would stop me from being there! Once that decision was made, I started to scour the internet looking for “What is a gender reveal party”, “What is gender reveal party etiquette”, “What to bring to a gender reveal party”, etc. etc. etc… I did find a blog here and there, but not a lot of information, so I made my own rules for this event. That’s also when we decided that the internet needed a website devoted to Gender Reveal Parties. Our blog on Gender Reveal Party Etiquette is here:  Blog 1

Needless to say, I started planning for my trip immediately. I would arrive in town the night before the party and planned to stay with my sister. I wanted to do something special for the party and talked about it with my daughter, the hostess. I ended up making some DIY luminaries for the reveal party that were party favor giveaways for the guests. I made half blue and half pink. What I didn’t plan for was how to pack these! Since I was only going to stay a few nights, I didn’t have to pack a lot of clothes. And since I was going to stay with my sister, I knew that I didn’t have to be burdened with a lot of toiletries either. I ended up bringing two suitcases in the end. Most of the luminaries were packed in a box surrounded by clothes. I had glued on butterflies to the luminaries and was intuitive enough to bring the glue with me. Not all, but several of the butterflies did come off the jars – glad I brought that glue!

I had also started planning on gifts for my granddaughter as well. This part was pretty easy to decide on because I knew what my granddaughter liked. I got her favorite fragrance lotions and balms from a national bath store and some maternity clothes. My thoughts were about what she would really need and want over the next several months. I recruited my sister to purchase wrapping paper that would be there waiting for me so that I could wrap the gifts after travelling instead of before. I didn’t think I would have any issues with the lotions as I would be checking those in my luggage, but was worried about the gift wrapping getting torn and wrinkled.

Once I got in and the dust started to settle from planning, making dozens of luminaries, shopping and travelling, I found myself full of anticipation for the party and ultimately the gender reveal. I even got butterflies from the excitement of it all!  I had talked about the party somewhat with my daughter/the hostess (and soon to be grandmother J), but she was pretty good about keeping the details of the party a surprise for the guests. If it weren’t for the exhaustion of travelling that day, I may not have been able to sleep at all that night. Once I woke up the morning of the party, I still had a lot to do. I checked the luminaries as I had glued on the fallen butterflies. All was well on that front! I went shopping, again, for last minute maternity clothes – I knew she could never have enough of these! Wrapped gifts, finished unpacking, showered, delivered a few things to the party location – somewhere during this time, I managed to have coffee and breakfast! I was grateful to have a lot to do as this helped keep the butterflies away.

Finally, time for the party. I sported a primarily blue romper that was accented with pink flowers. I was on “team blue”, but would also be happy if I ended up with the consolation prize!  I wore a blue sweater over it, but I did bring a pink sweater as a backup!   I couldn’t wait to arrive to see what my daughter had planned.  I was so proud of her – she had thought of everything! There was a baby book that she used as a guest book. This came complete with both blue and pink pens so that we could all sign with our picks (if you hadn’t figured it out yet, I signed with blue). Blue and pink garb for the guests to sport and show their pick for the gender (guess what I wore!).  She reached out to close friend and relatives to bring food – there was plenty of great food for all. There was a photo booth set up along with props. I had a lot of fun with the props. I even saw myself with a mustache! Everybody posted their pictures on Facebook so we all got to enjoy them as well as have memories for our lifetimes. There was a blackboard with “old wives tales” that the father-to-be filled in to guess the gender of the baby. Even though he was routing on a boy, most of his answers said "Girl". She gave all of us ample time to greet each other, socialize, eat, take pics and visit the parents-to-be.

Finally! Time for the reveal. The parents each wore white T-shirts. The Mom-to-be’s shirt had pink hand prints saying that she wanted a girl, the dad-to-be wore blue hand prints. A HUGE box of water balloons were brought out as we were all making our way to the front yard. There was so much excitement in the air at this time. The whole neighborhood could probably feel the excitement! We all got to take turns throwing balloons at the parents hoping that ours would be the balloon that would reveal the baby’s gender. After the whole box was depleted of balloons we still didn’t know if it was a boy or a girl! Oh! Here comes the super-soakers! The balloons were a crafty diversion for the real reveal method. The parents first were positioned back to back, and were then instructed to take five paces and then FIRE! I can still hear my daughter saying “Oh, it’s a girl!” while the daddy-to-be yelled “PINK”! I went to hug my granddaughter first, there was a big crowd for that action, but I muscled my way up to her quickly as I also wanted badly to hug to my daughter, grandmother-to-be as well. I was surprised by how overcome I was as hugged my daughter, who was team pink by the way. Tears were flowing as it was sinking in that my first great-grandchild, and my daughter’s first grandchild would be a girl. You can see a video of the reveal here: REVEALPARTYNOW ALEXIS REVEAL.

Feel free to share your gender reveal party highlights and videos with us on our Facebook page. We would love to see them as I’m sure many of our guest would!

All fields are required